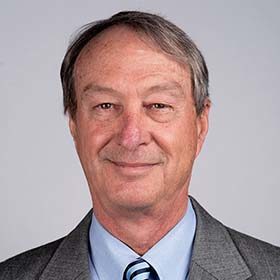 Prior to assuming his role at NECO Center for Eye Care, Dr. O’Donoghue worked for 13 years as an optometrist at Ophthalmic Consultants of Boston (OCB). While at OCB, he worked in the practice of world-renowned cataract and glaucoma specialist, Dr. Bradford J. Shingleton. Before beginning his career at OCB in 1993, Dr. O’Donoghue treated patients at Eye Associates P.C. in Burlington, Massachusetts.

Dr. O’Donoghue has experience working as a member of the medical staffs at New England Rehabilitation Hospital and the Tewksbury State Hospital, as well as various other private practice settings in the Greater Boston area. He completed a fellowship in Clinical Practice at Omni Eye Services in Memphis, TN in July 1987, and is a 1982 graduate of the New England College of Optometry.

Dr. O’Donoghue is a nationally respected figure in the field of optometry, and has served in a leadership capacity for various professional organizations. He acted as chairman of the Massachusetts Society of Optometrists for the Merrimack Valley District from 1985 to 1986, and for the Charles River District from 1993 to 2001. He is a Past President of the Massachusetts Society of Optometrists and currently serves as the Society’s Treasurer.

Dr. O’Donoghue has published seventeen articles in medical journals, and currently has one article pending publication. Most notably, along with Dr. Shingleton, he co-authored a review article titled “Blurred Vision” which appeared in the August 2000 issue of The New England Journal of Medicine. Their work is referenced in numerous textbooks on the subjects of cataract and glaucoma.