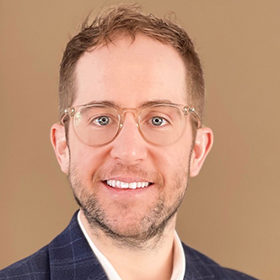 Timothy Bossie, OD, is the clinical director at the NECO Center for Eye Care Commonwealth and Roslindale and NECO’s Outreach Clinics. Before serving in this role, Dr. Bossie was the clinical and residency director at Lynn Community Health Center in Lynn, Massachusetts. In addition to his responsibilities as a clinical provider, Dr. Bossie also serves as a clinical preceptor to second, third, and fourth year students throughout their clinical rotations. Outside of clinical practice, Dr. Bossie lectures at NECO and at several optometric meetings throughout the year.

Dr. Bossie first graduated from the University of Maine in 2008 with a Bachelor of Science in Biology before continuing on to receive his Doctorate of Optometry from the New England College of Optometry in 2012. Following graduation in 2012, he completed an ocular disease and primary care residency through the VA Boston Healthcare System in Brockton, MA. Dr. Bossie became a Fellow of the American Academy of Optometry in 2012. His primary area of interest includes diseases of both the anterior and posterior segment. He is particularly interested in retinal imaging and the ocular manifestations of systemic disease. Dr. Bossie is a fellow of the American Academy of Optometry, a member of the American Optometric Association, and Massachusetts Society of Optometrists.